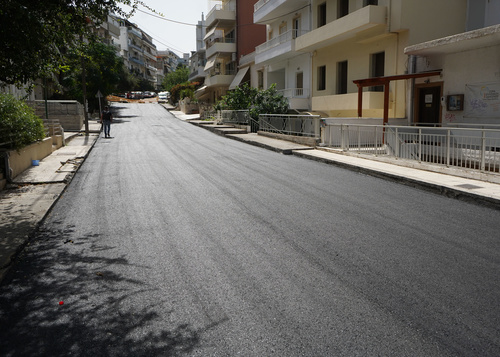 Approved at noon on Tuesday, October 6 by the Economic Committee of the Municipality of Heraklion an asphalt paving program and rural road construction with a budget of around € 67 million (66.472.000).

Specifically, the Economic Committee gave its green light to move forward the study and the auction of six asphalt paving projects, the budget is about 6.696.000 each (including VAT), for each of the communities of the Municipality (1st, 2nd, 3rd, 4th community, community of Vasilies and municipality of Nea Alikarnassos) as well as three asphalt paving projects with a budget of 992.000 for each section of Temenos, Gorgolaini, Paliani. The projects are expected to be implemented in three years, starting in 2021.

At the same time, six other cement paving and rural road construction projects were approved (3rd and 4th Community, Vasilies community, Temenos, Gorgolaini, Paliani) budgets with a budget of approximately 3.720.000 euros each (including VAT).

As the Mayor of Heraklion, Vassilis Lambrinos, stated: “This is a very large program that concerns both the urban fabric and the periphery of the Municipality, which we believe will substantially alleviate the long-standing problem of the city’s poor road network.

In recent years we have made systematic efforts in this direction, however with the specific projects we believe that the improvement will become apparent to everyone.”

It is estimated that with the approved program it will be asphalted more than 150 kilometers, while in consultation with DEYAΗ it will be given priority to the roads where the large project of replacing the water supply network of the city is being carried out.

At the same time, on Tuesday morning, the Mayor carried out an autopsy on the milling and asphalt paving works that are being carried out on the street network behind the Labor Center.

The Mayor was informed by the Deputy Mayor of Technical Works, Giannis Anastasakis, about the progress of the works on Lohagou Karagianni, Athanassiou Diakou, Daliani, Drakontopoulou and Athenas streets, which are about to be completed, upgrading the road in an area that was facing a major problem.